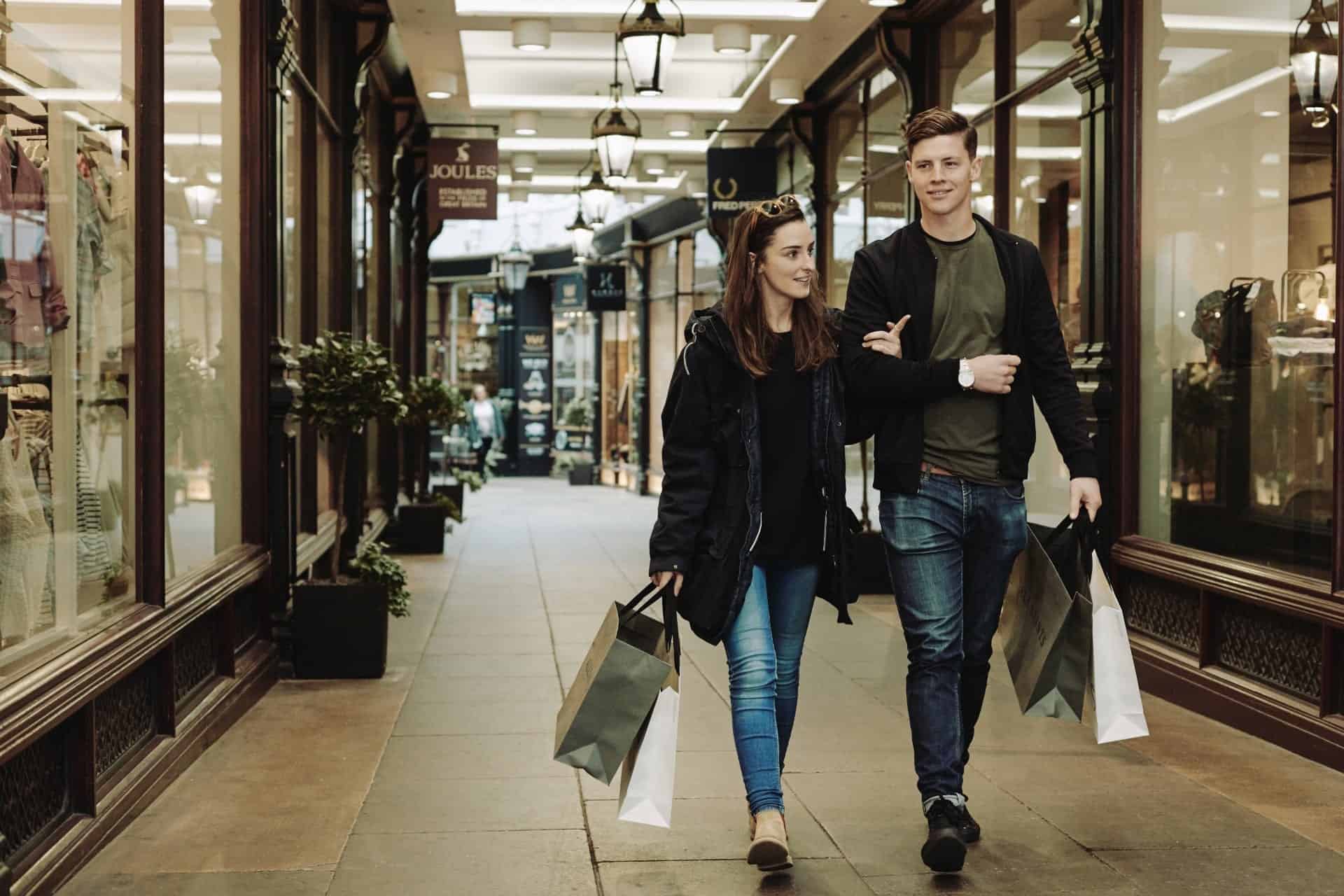 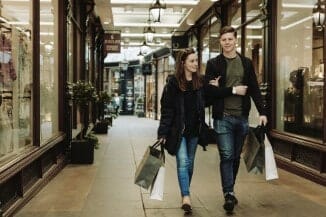 Whether you visit Cardiff regularly or you’re a resident of the city, there are so many wonderful things for to see and do. Wales is full to the brim of beautiful walks, historical landmarks and stand-out features, and Cardiff is no exception. The port city, which was declared the capital of Wales in 1955, is an incredibly popular destination among tourists from far and wide.

Rich history can be found throughout Cardiff, as can ultra-modern, sleek buildings for a more modern audience. Whether you are looking to dip your toe into exploring the top-rated tourist attractions in Cardiff or are a seasoned explorer hoping to see some lesser-known sites, here are eight of the top things to do, see and visit in Cardiff that will not disappoint. 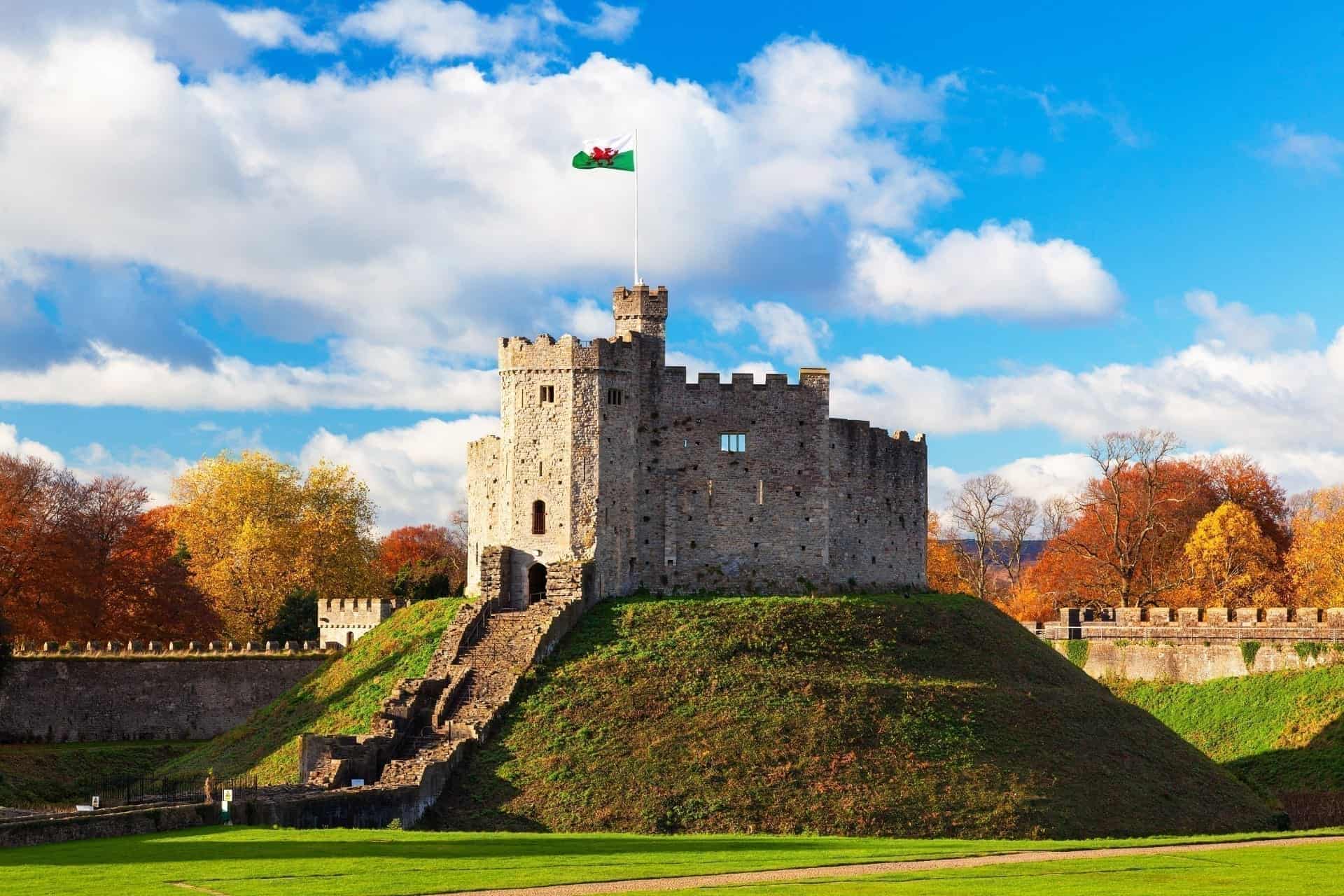 The city has long been of historical significance, as evidence by the spectacular Cardiff Castle, which is widely regarded as one of the best preserved and most attractive of the many dozens of the castles still to be found in Wales.

Built on foundations that date back to 50 AD, exploring Cardiff Castle is one of the best things to do in Cardiff if you love a bit of history. Reconstructed in the 1800s, the castle is now an immaculate, almost fantasy-like structure that is perched right in the centre of the city. Not only is it a fantastic historic attraction, but it’s also the venue for a host of events, including festivals, Christmas grottos and concerts throughout the year.

The castle itself is fun to explore. One of the most notable features that make it such an attractive place to visit are the State Apartments. Each room is chock-full of marvellous displays and useful information relating to the people that once lived and worked there, as well as key events in the castle’s history. The picturesque chapel is also another feature you won’t want to miss, along with the banqueting hall that is famous from its rich artworks and murals.

There are steep steps up to the Norman keep, but they are well worth it when you see the brilliant city view from the top. To this day, Cardiff Castle remains one of the top attractions in Cardiff, Wales. 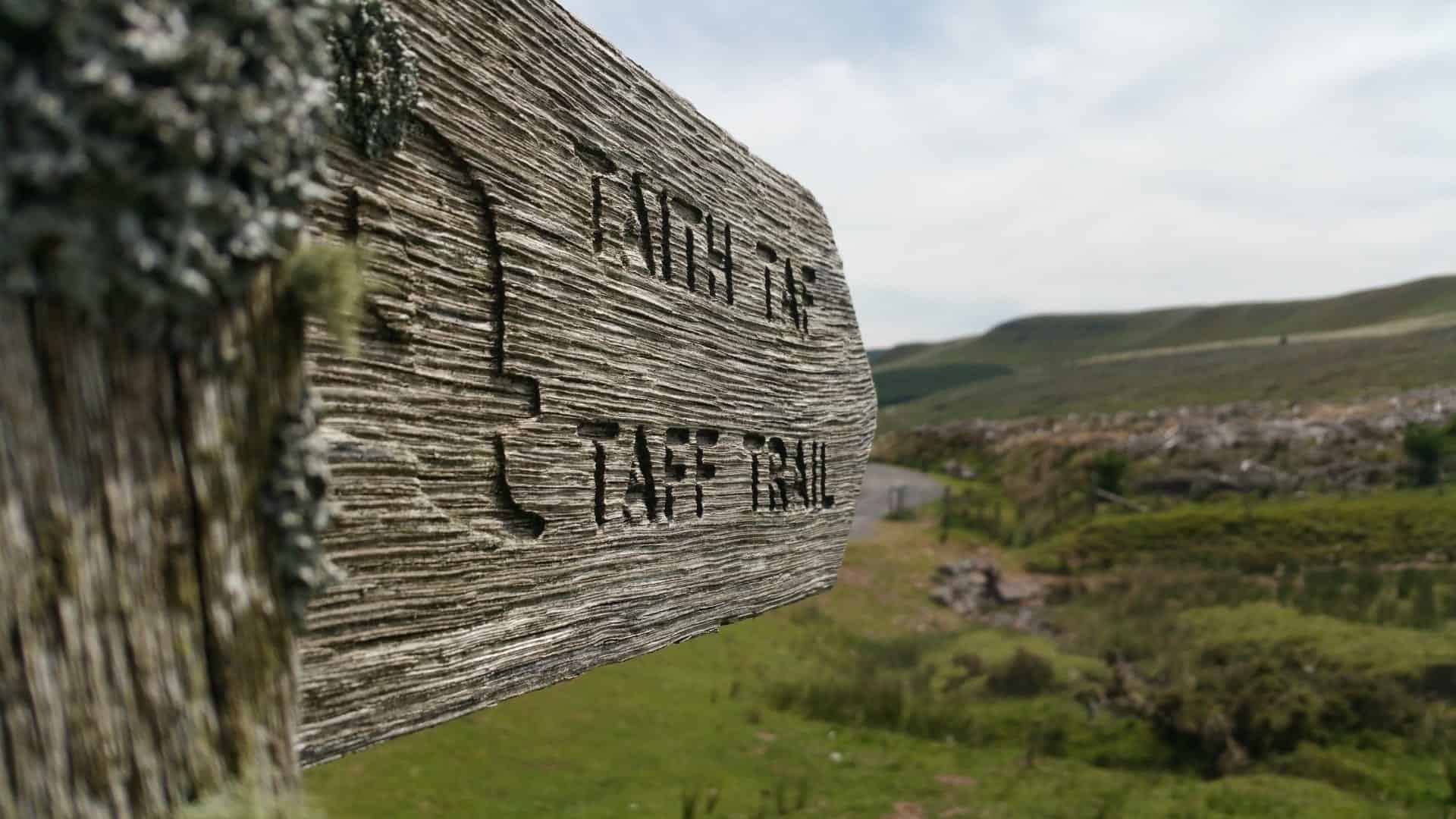 With bike hire being as easy as riding a bike, Cardiff is incredibly accessible on two wheels now. Pedal Power and Nextbike have locations in Cardiff Bay and Pontcanna, which enables you to hop on and explore through affordable transportation.

The Taff Trail takes you all the way to the Bay but you can choose to venture further out of the city to Castell Coch, Fforest Fawr walking paths, and all the way up to Merthyr Tydfil if you fancy a longer adventure. It is a 50+ mile trail that leads all the way from the city right into the Brecon Beacons National Park. While you can’t do this trail all in one day, you can definitely make a dent on a few miles from the city itself. Break it up over five to seven days to enjoy the scenery.

We definitely recommend a stop at Castell Coch for a stunning surprise. It’s a castle famous for its fairy-tale appearance that rises up from the ancient beech woods of Fforest Fawr. This 19th-century Gothic revival castle, known as the Red Castle, is complete with stunning turrets and a thick forest backdrop. Get the whole family involved by spotting fairies around the trail. The trail, which has become a permanent feature at the castle, uses augmented reality technology to ‘search for’ fairies in the area through the use of a smartphone. 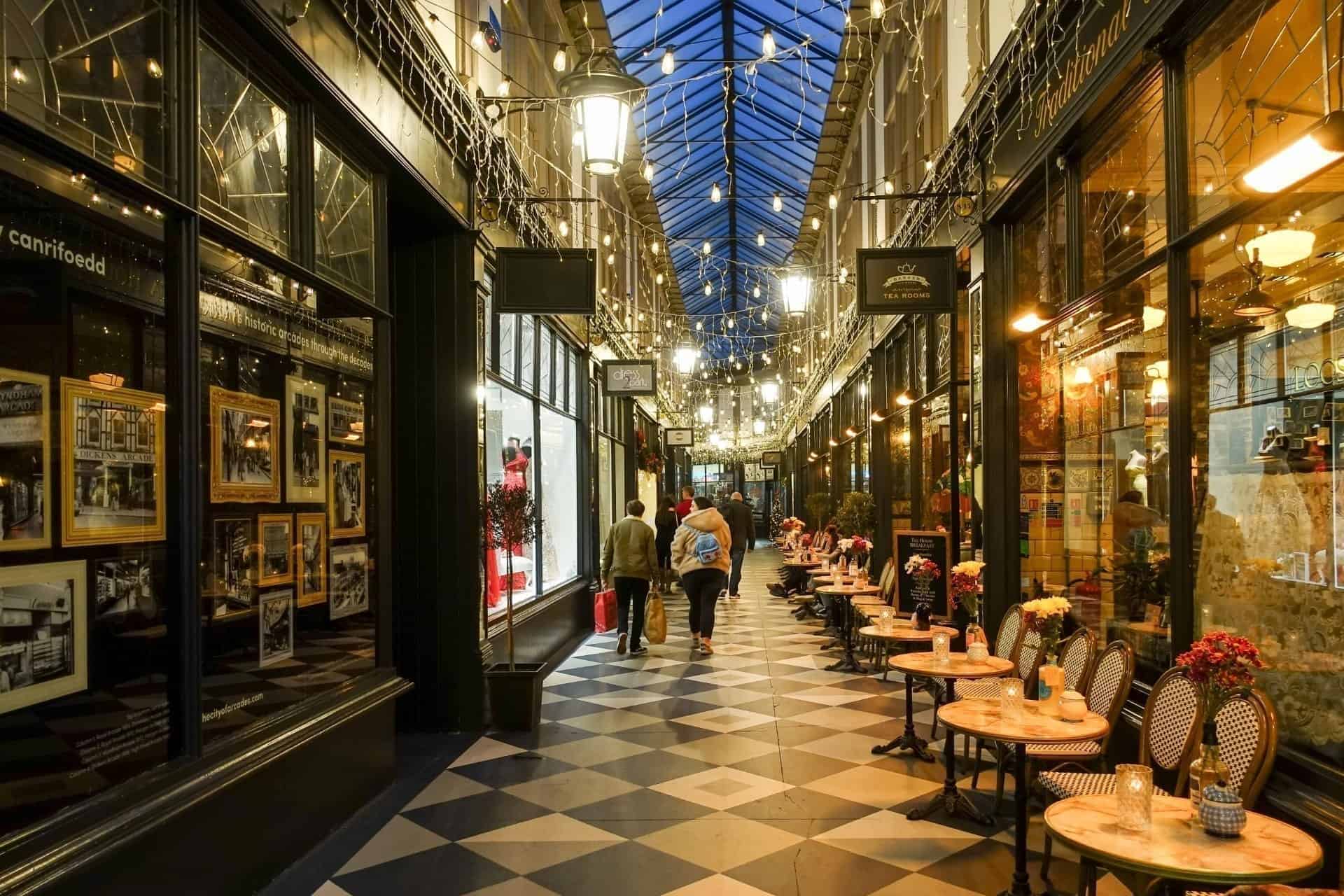 For a good day out, be sure to head to Cardiff’s well-preserved and (still bustling!) Victorian shopping arcades built in 1858. Dissecting the city centre, these beautiful and old, covered pedestrian thoroughfares were constructed to allow residents and visitors to enjoy shopping indoors without having to worry about the weather or poor road and pavement conditions.

Many of the original shopfronts exist unchanged to this day, and although the items sold have evolved over the decades, you will still find limitless choices of Welsh crafts and unique products. In the arcades, you’ll find an eclectic mix of independent businesses in the form of coffee shops, antique shops, delis and, in Morgan Arcade, the world’s oldest record shop, Spillers.

Away from the arcades, there are department stores such as John Lewis and Debenhams, as well as all the big chains like M&S, Next, and luxury retailers to fill your fancy. 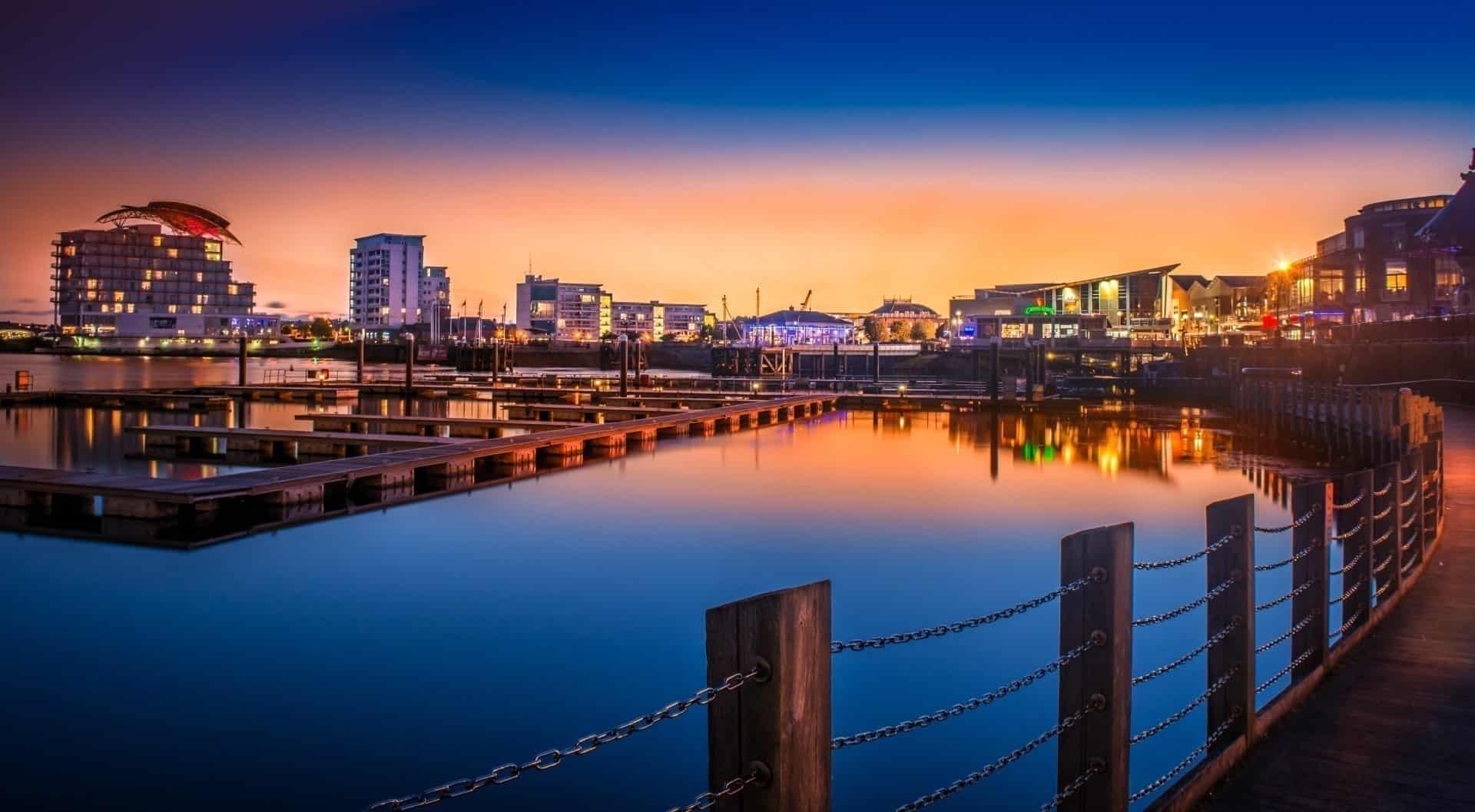 One of the best things to do in Cardiff has got to be exploring the 2,700 acres of waterfront land. Although it could easily take up the best part of the day, Cardiff Bay is well worth the time and energy. Covering almost the entire former dockyards, the Cardiff Bay redevelopment is home to plenty of fun things to do, especially if you’re travelling with children.

If you have kids in tow, be sure to visit one of the main attractions in Cardiff, Wales – Techniquest. It’s an interactive, child-friendly science centre. In addition to plenty of hands-on fun and learning experiences, parents can entertain their kids with educational displays in the facility’s first-class planetarium, too.

If you are a fan of Charlie and the Chocolate Factory, The BFG and Fantastic Mr Fox, then you will definitely want to visit the historic Norwegian Church, where the author of these classic tales, Roald Dahl, once worshipped. There is also a public square, Roald Dahl Plass, dedicated to the author’s memory.

If you enjoy walking, then Cardiff Bay won’t disappoint. There are plenty of things to see in Cardiff Bay as you’re strolling along, including many parks and paths, some of which lead through a wetlands preserve with lots of wildlife spotting opportunities. 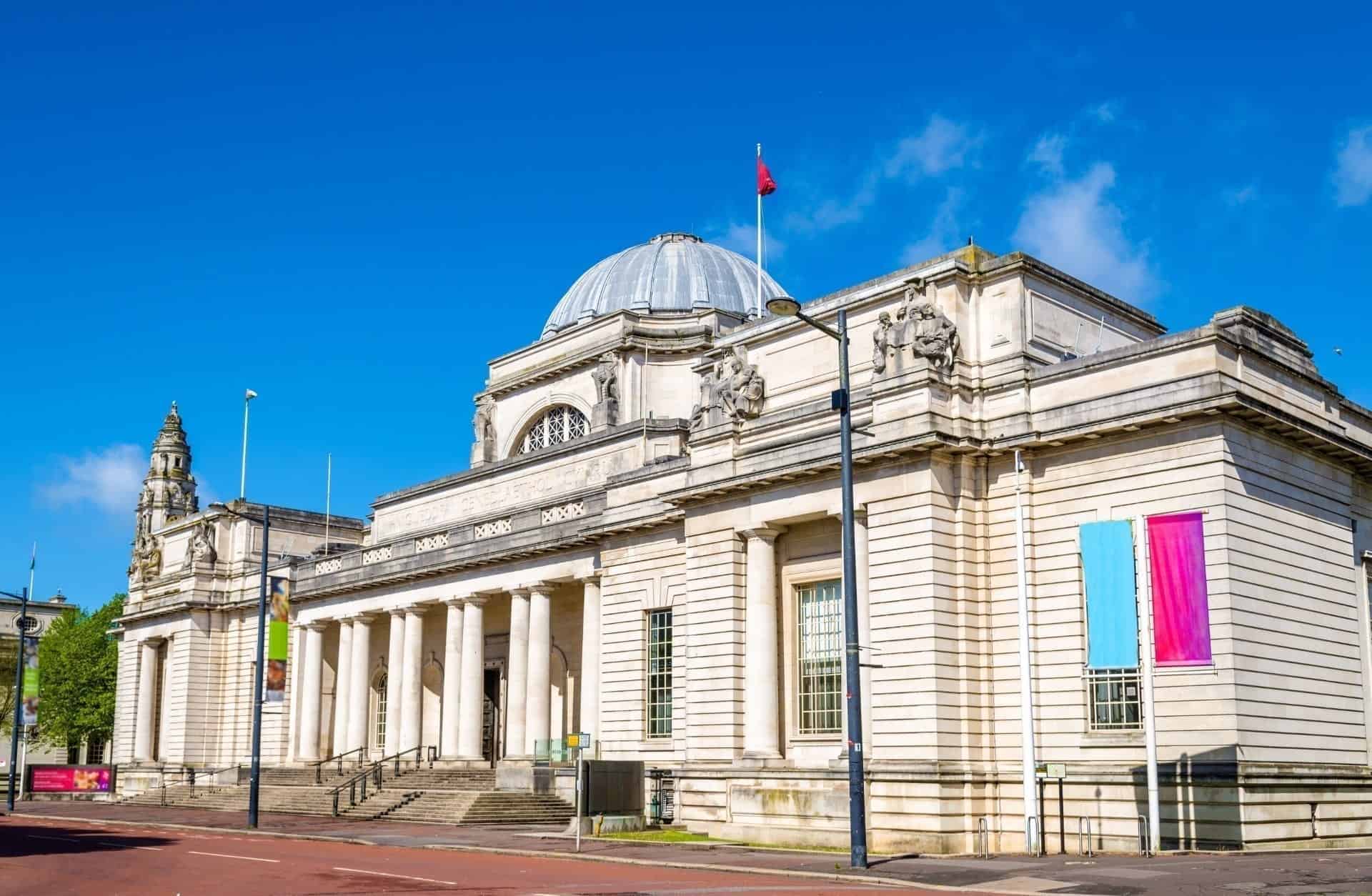 Devoted mainly to natural history and art, this grand neoclassic building is the centrepiece of the seven institutions dotted around the country that form the Welsh National Museum. It’s one of the best things to visit in Cardiff – especially if the weather takes a turn for the worst.

Perched right next to Cathays Park, this museum houses an expansive collection of contemporary art, natural history and the most amazing Evolution of Wales Galleries. A stand-out collection is the fascinating display of Bronze Age weaponry, as well as the large art gallery where you’ll find works by Impressionists such as Monet and Picasso. Make sure to keep a lookout for the woolly mammoth and the dinosaur skeletons of these animals that once roamed the land in Wales. 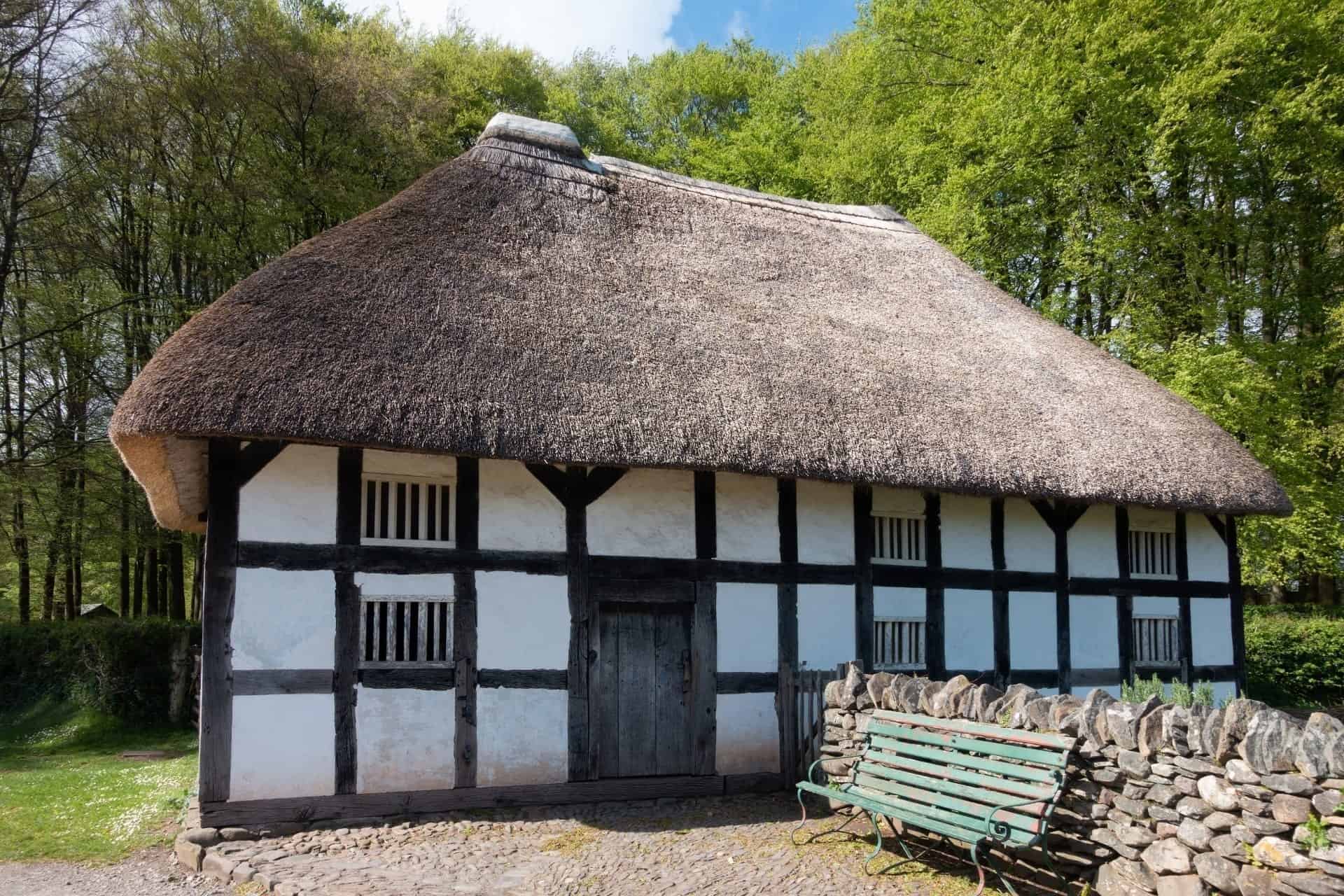 If the Natural Museum of Wales whets your appetite for history, make the short journey west of Cardiff city centre to St Fagans National Museum of History. This beautiful open-air attraction is truly a living museum, complete with costume characters demonstrating the kind of traditional skills and crafts that helped to shape the country.

While you’re here, be sure to explore the 40 buildings that resemble an Iron Age Village, which is a row of ironworkers’ houses and traditional crafts and activities that are fun for the whole family to watch. Everyone will have fun learning and exploring the original and reproduced farmhouses, cottages, gardens, workshop and mills that truly makes you feel as though you stepped back in time. 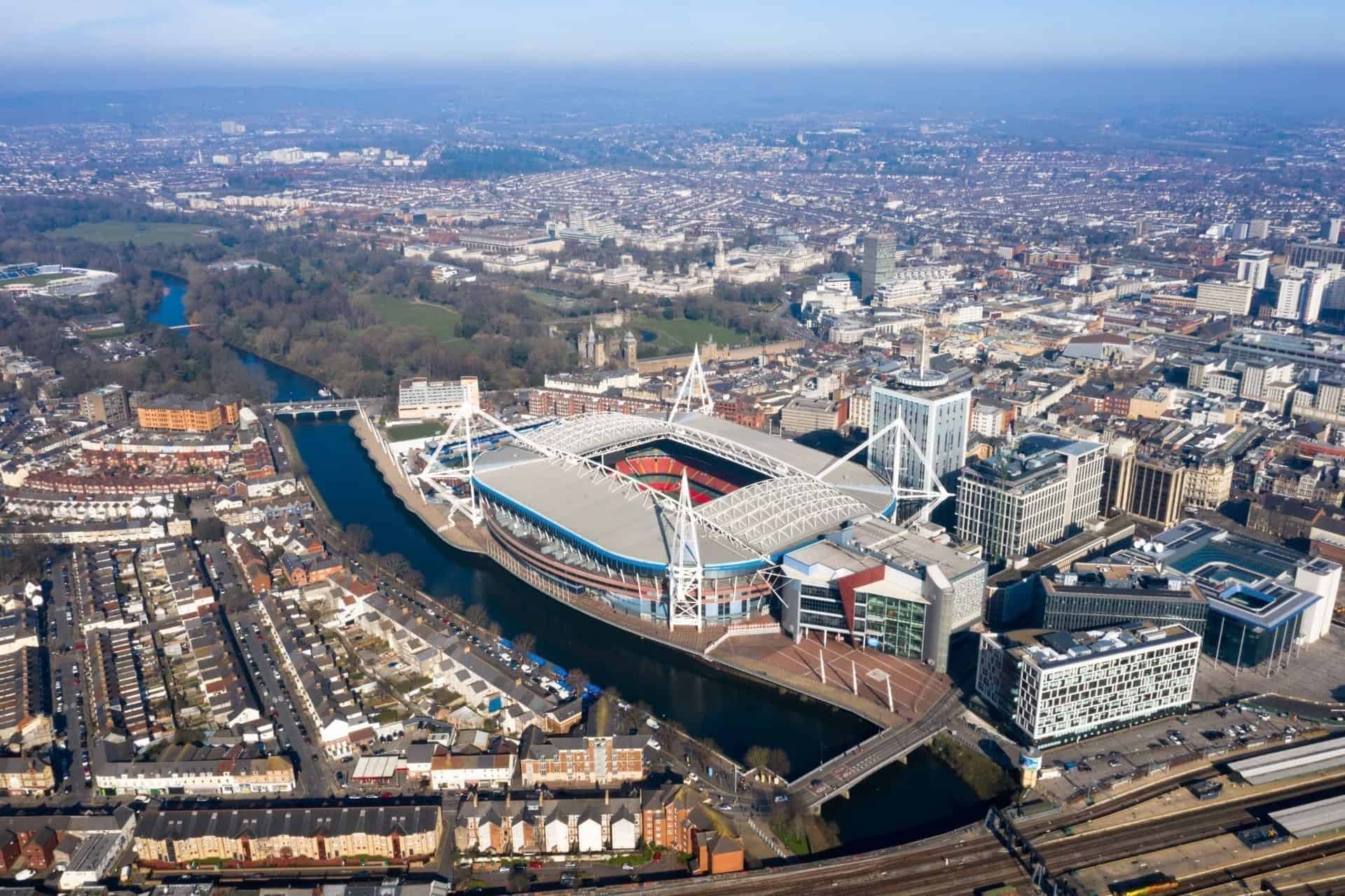 Sports fan? Then Principality Stadium is the place to visit in Cardiff. Try to take in a rugby match at the stadium in Cardiff Arms Park. If that’s not possible (the Welsh are serious about their rugby, so tickets don’t hang around for long), you can still attend a tour of this state-of-the-art stadium. The informative and organised tour allows you to peek behind the scenes of matches, including the national rugby team’s changing rooms, tunnels that lead to the pitch and VIP boxes. Tours last around an hour and are held several times a day, except on the days events are scheduled.

It is conveniently located right in the city centre, squatting on the River Taff’s east bank. The stadium itself holds around 74,500 and, when it’s not holding rugby matches, it hosts major music artists passing through Cardiff while on tour. 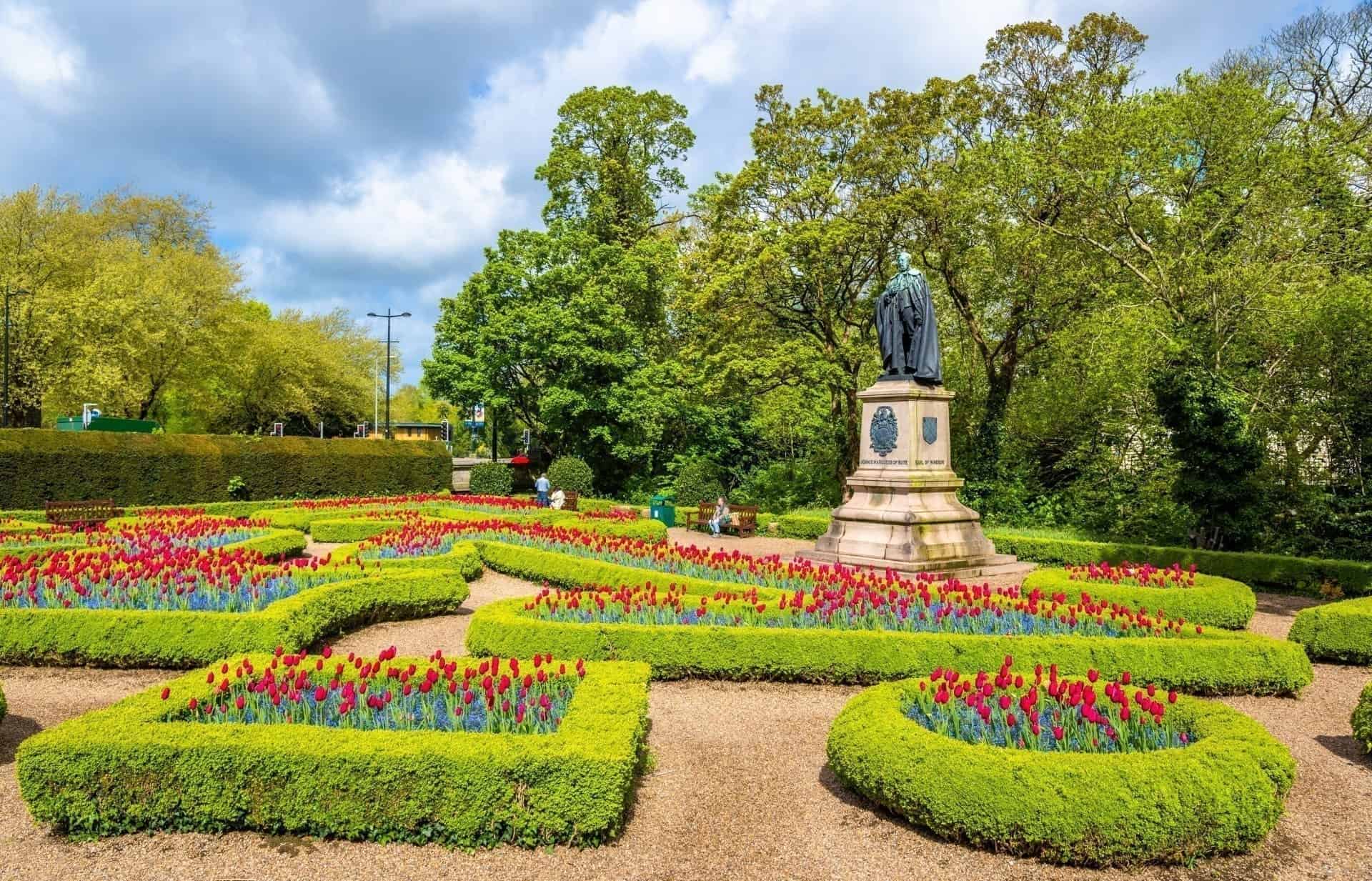 Just a stone’s throw from Cardiff’s high street and castle, you’ll find Bute Park – a green haven in the middle of the city. With its central location, acres of green space and dynamic events programme, this park is one of the most visited attractions in Cardiff.

It was formerly the Victoria grounds of Cardiff Castle, and now contains a magnificent arboretum, archaeological preserves, nature conservation, a wooden sculpture trail and plenty of green space for picnicking, playing games and relaxing with friends. You could easily spend hours strolling along its paths, under its trees and beside its river.

Take a walk up the side of the Taff, through Blackweir Woods, and you’ll soon forget that you’re in the middle of a capital city. Bute Park is great for walkers, joggers and families. 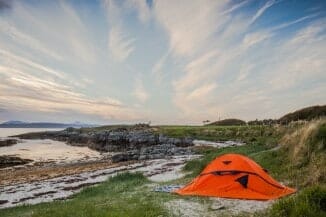 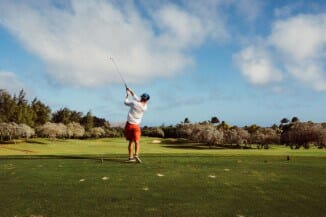 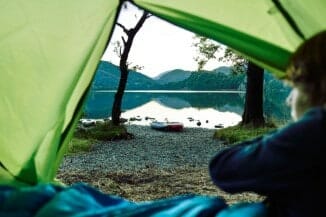 Top 10 Things To Do In And Around Llandudno 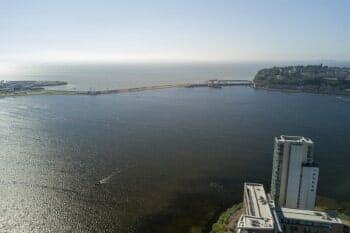 Romantic Hotels for a Weekend Break in Cardiff 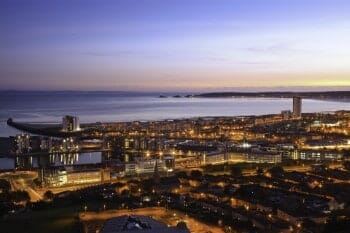