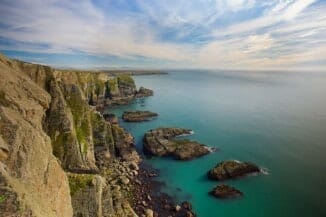 Wherever you go, you’re sure to rediscover the joys of our natural world, but if time is of the essence, here are some of the best Anglesey wildlife walks to prioritise during your visit.

Nestled off the north-west coast of Wales, Anglesey is a popular tourist destination celebrated for its preservation of Welsh culture, history and language. However, it’s not just the customs which remain untouched by outside influence. The island’s watery location, cut off from the mainland, has also created a haven where animal and plant life thrive.

Red Wharf Bay sits on the east coast of Anglesey, between the villages of Pentraeth and Benllech, with sandy beaches stretching to Pentraeth Forest on the bay’s eastern edge.

On arrival at Pentraeth Forest, visitors are often on the lookout for one, secretive creature – the bushy-tailed red squirrel. The undisturbed wilderness of Pentraeth is one of the last refuges for this species, with conservationists fiercely protecting the habitat in a bid to increase the dwindling population. 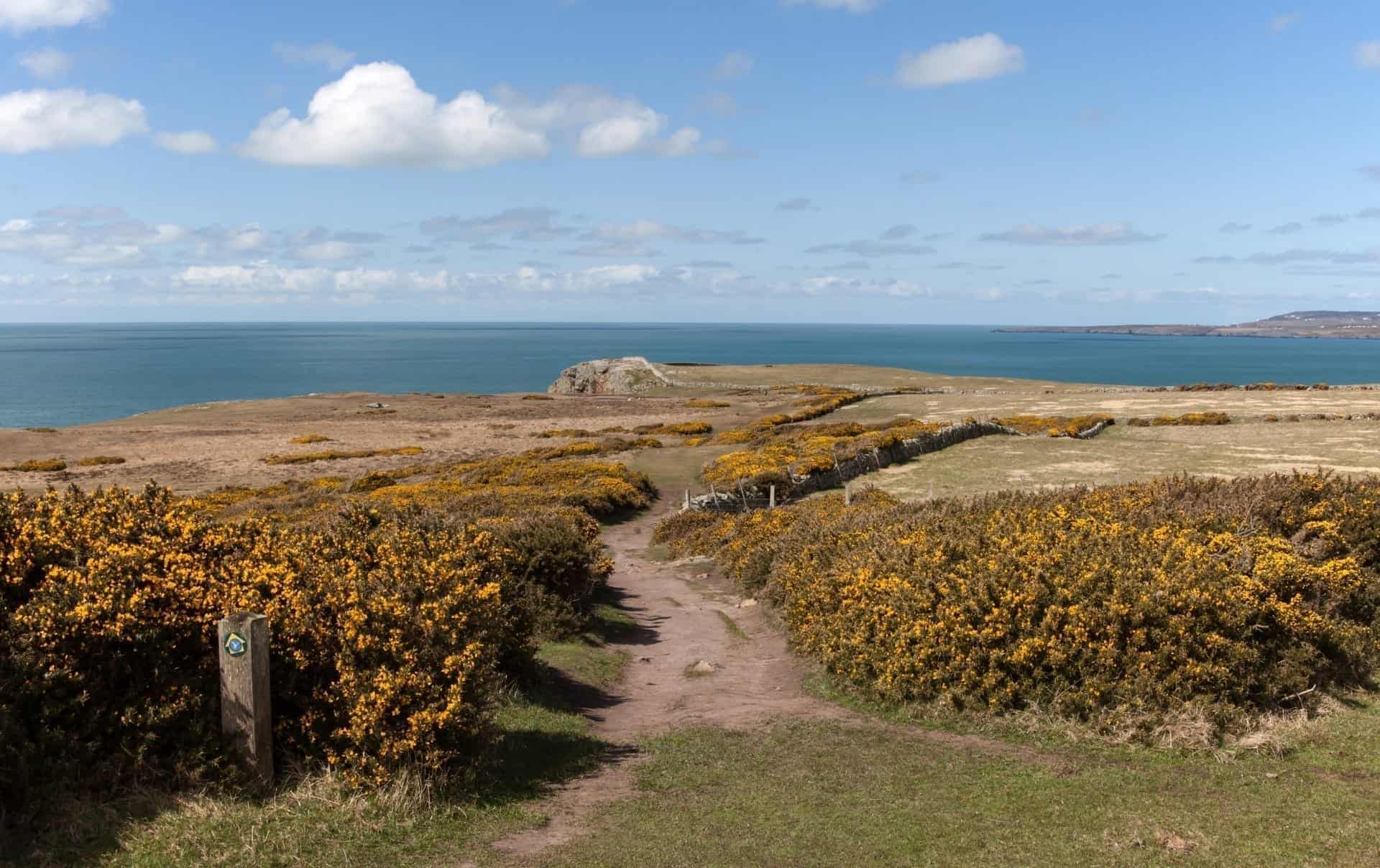 Rhoscolyn lies in the southwestern corner of Holy Island, overlooking the Irish Sea towards the Lleyn Peninsula. A dramatic coastline marks the landscape, complete with hidden coves and offshore islands, including Ynysoedd Gwylanod which features the Rhoscolyn Beacon – a tall navigational marker constructed to warn ships of the nearby jagged outcrops.

The coastline is much-loved and well-trodden, stretching towards Cymyran Strait in one direction and Trearddur Bay in the other. Between Rhoscolyn Head and Silver Bay lies Rhoscolyn’s famous beach, which is lively with peregrine falcon, raven and kestrel. From above, the clifftop walk loops around the headland and provides the perfect vantage point on your Anglesey wildlife walk to spot families of plump grey seals lounging on the sand beneath.

Starting at Porth Dafarch, located on the coastal path between Trearddur Bay and South Stack, and finishing at the South Stack Cliffs on Holy Island, this walk highlights some of Anglesey’s most iconic scenery and wildlife.

The beach at Porth Dafarch is a popular tourist destination, especially amongst snorkelers and scuba divers looking to uncover the 1886 wreck of the steamer Missouri. However, soon you’ll escape the business by traversing the peaceful coastal path towards the South Stack Cliffs. Depending on the season, a kaleidoscopic array of heather frames the route and budding botanists can pick wild thyme, yarrow and wood sage.

The South Stack Cliffs, a reserve made from heathland, farmland, cliffs, coast and ocean, are the peak of this walk. Over 9,000 seabirds, one of the largest colonies in the UK, call this place home and guillemots, razorbills, kittiwake and fulmars frequent the mountain’s tops. 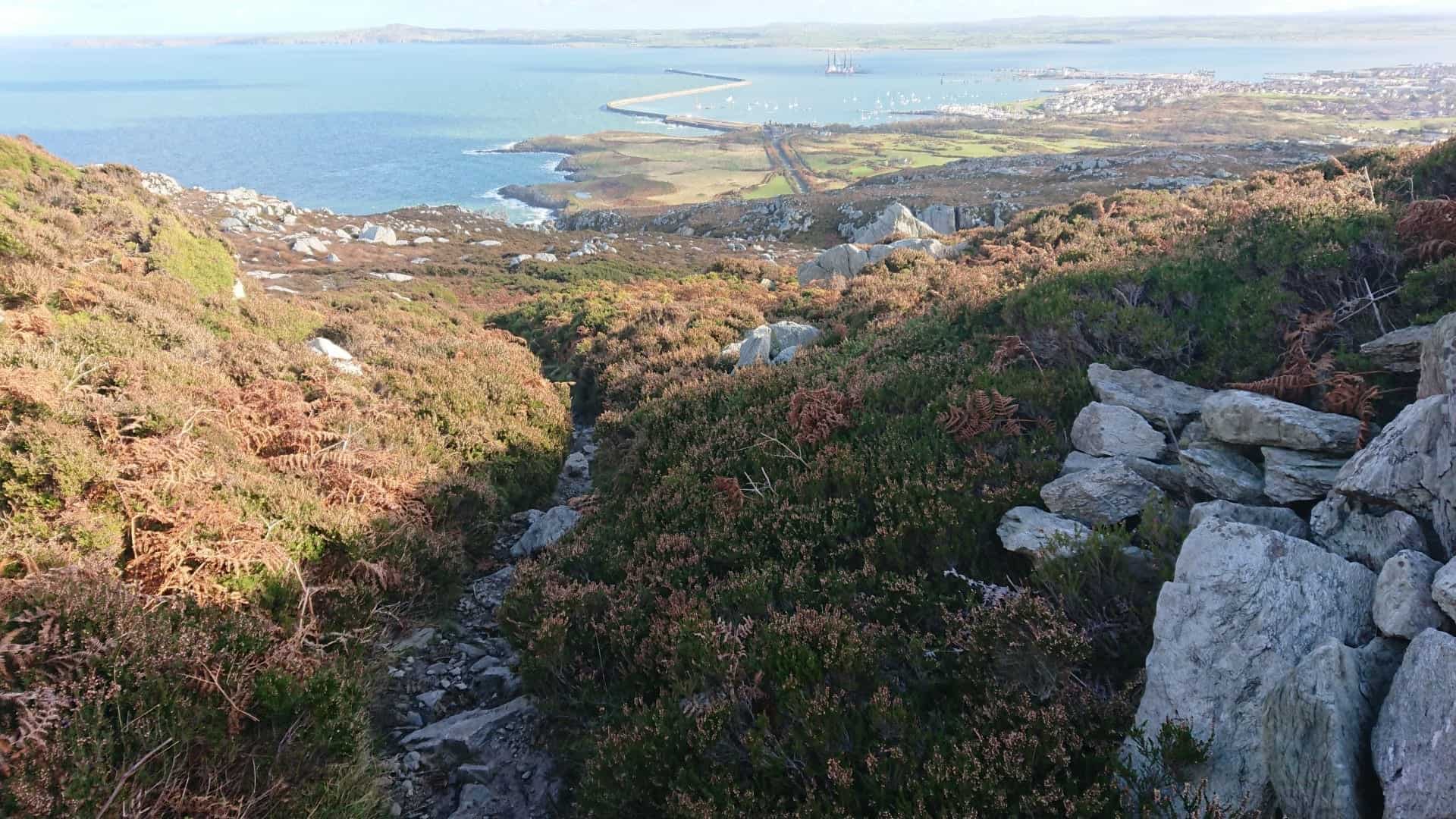 The Holyhead Mountain Circular Walk is an 8.4-kilometre loop bursting with rugged terrain, breathtaking views (you can see Ireland from the summit on a clear day) and an unusual array of wildlife. For the best experience, start this Anglesey wildlife walk from Breakwater Country Park, situated a few miles from Holyhead town centre.

The park is a must-see for nature lovers and a particularly good spot to observe migrating birds. In summer, the skies come alive with swifts and swallows and, if you’re lucky, you might catch a glimpse of the regal peregrine falcon near the old quarries. Birds aside, the heathlands support a vast range of biodiversity – silver-studded blue butterflies, ruby tiger moths, and buff tips help fertilise the soil during the warmer months.

On approaching the mountains, where the paths grow more rugged, lizards and snakes hide in the cracked earth, while the higher coastal paths offer chances to see plenty of marine wildlife, including basking sharks.

Anglesey boasts three fens which hold international importance, one of which is Cors Bodeilio, a designated National Nature Reserve. In contrast to the coastal walks and woodlands suggested so far, Cors Bodeilio offers a hugely different landscape – it’s a mire, without forest cover, governed by peat-forming plants.

At first glance, this stretch of swampy ground may seem lifeless. However, on closer inspection, the terrain teems with precious plant, insect and amphibious life. Amongst the common reeds and black bog rush lies orchids, carnivorous plants, giant algae and stoneworts. Watch out for the fly orchid in particular. Dangerously beautiful and exceedingly rare, it has formed over millennia to entice bees, dragonflies and beetles with an insect-shaped mouth.

Alongside rare plants are rare insects, such as the medicinal leech – the only British leech that can bite through human skin. For something less macabre, a flurry of damselfly arrives in spring, including the unique variable damselfly with a brilliantly blue body and netted wings. 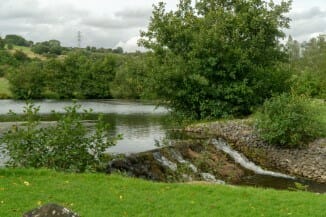 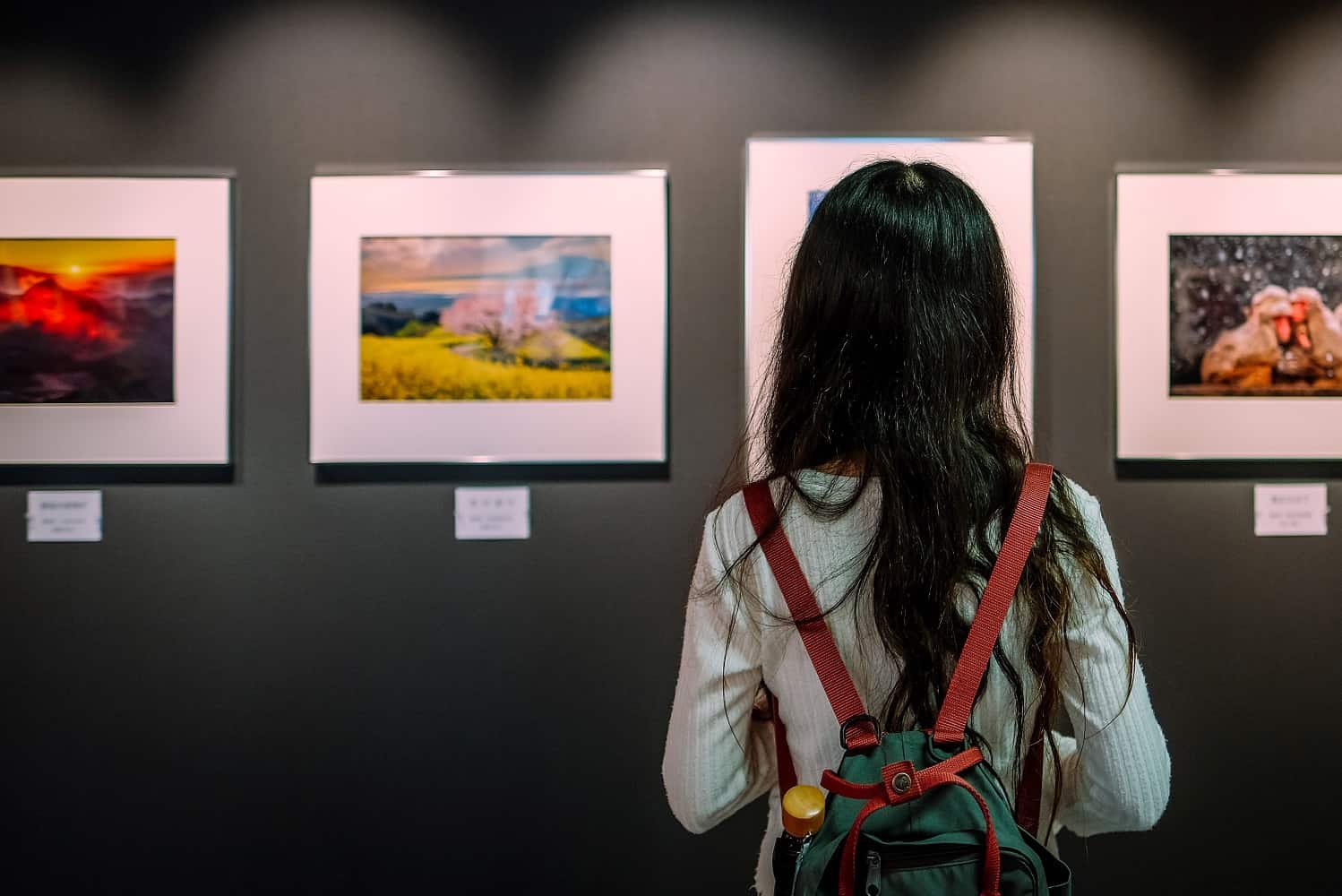 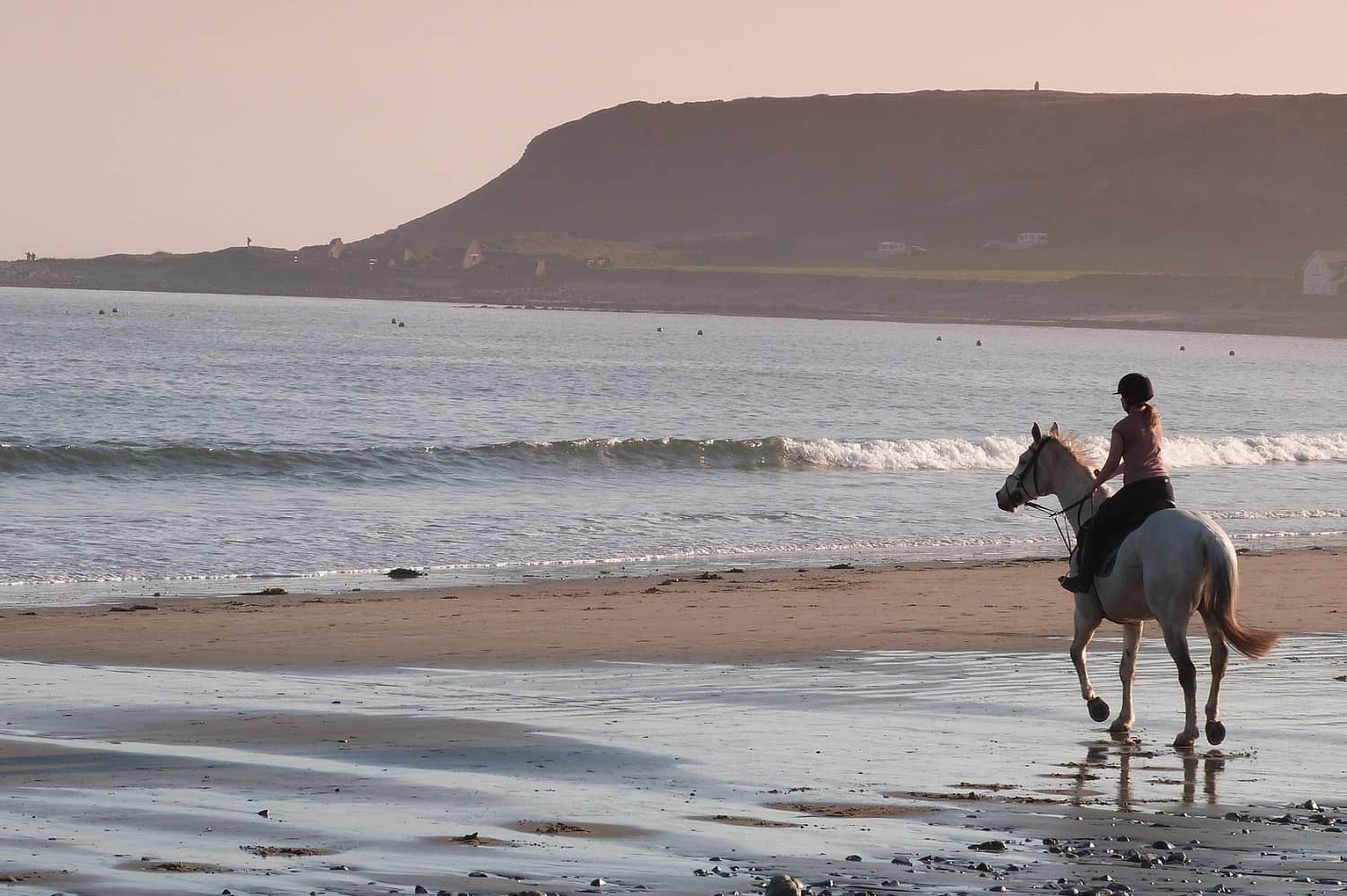 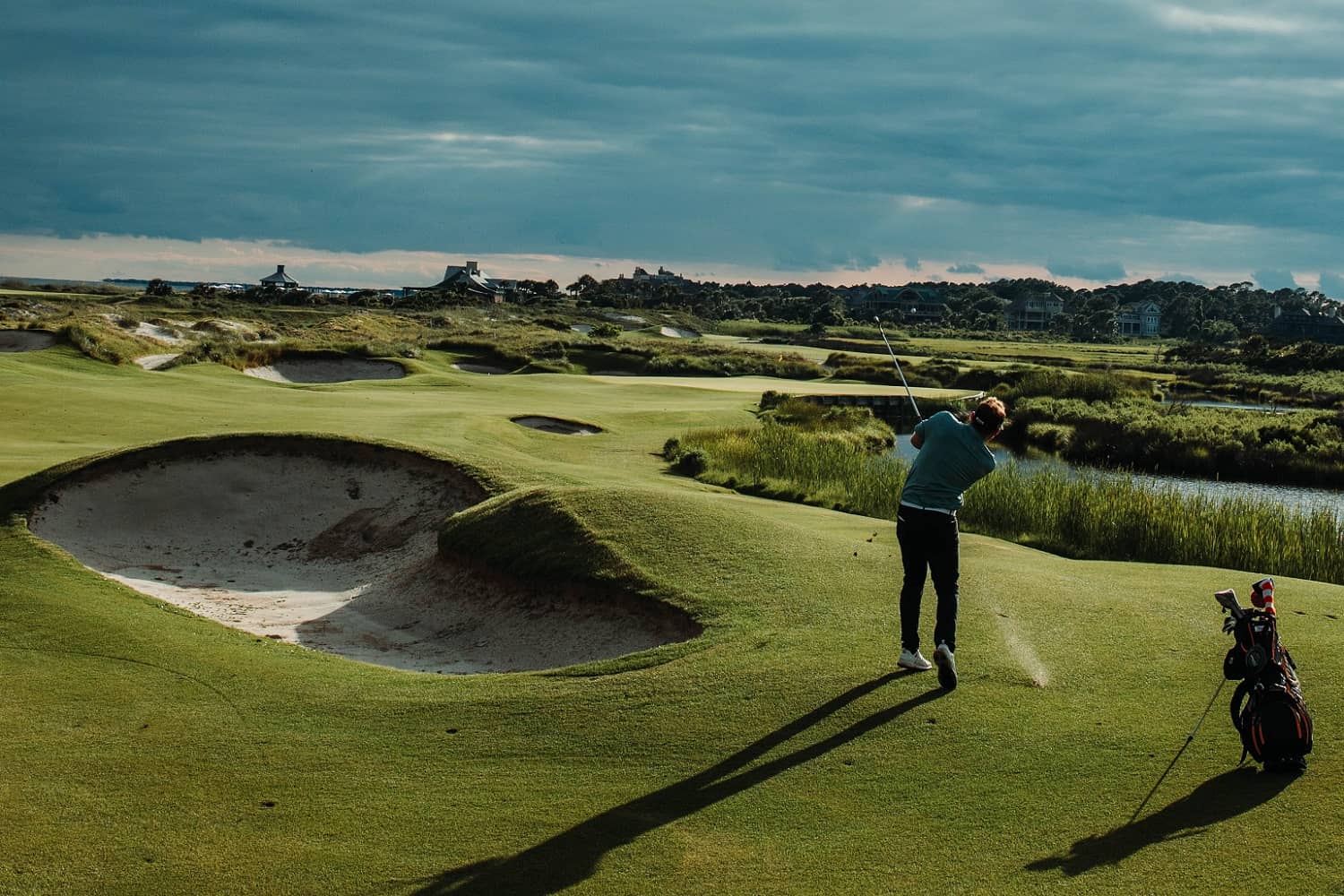 Where to Stay During a Golf Break in Wales 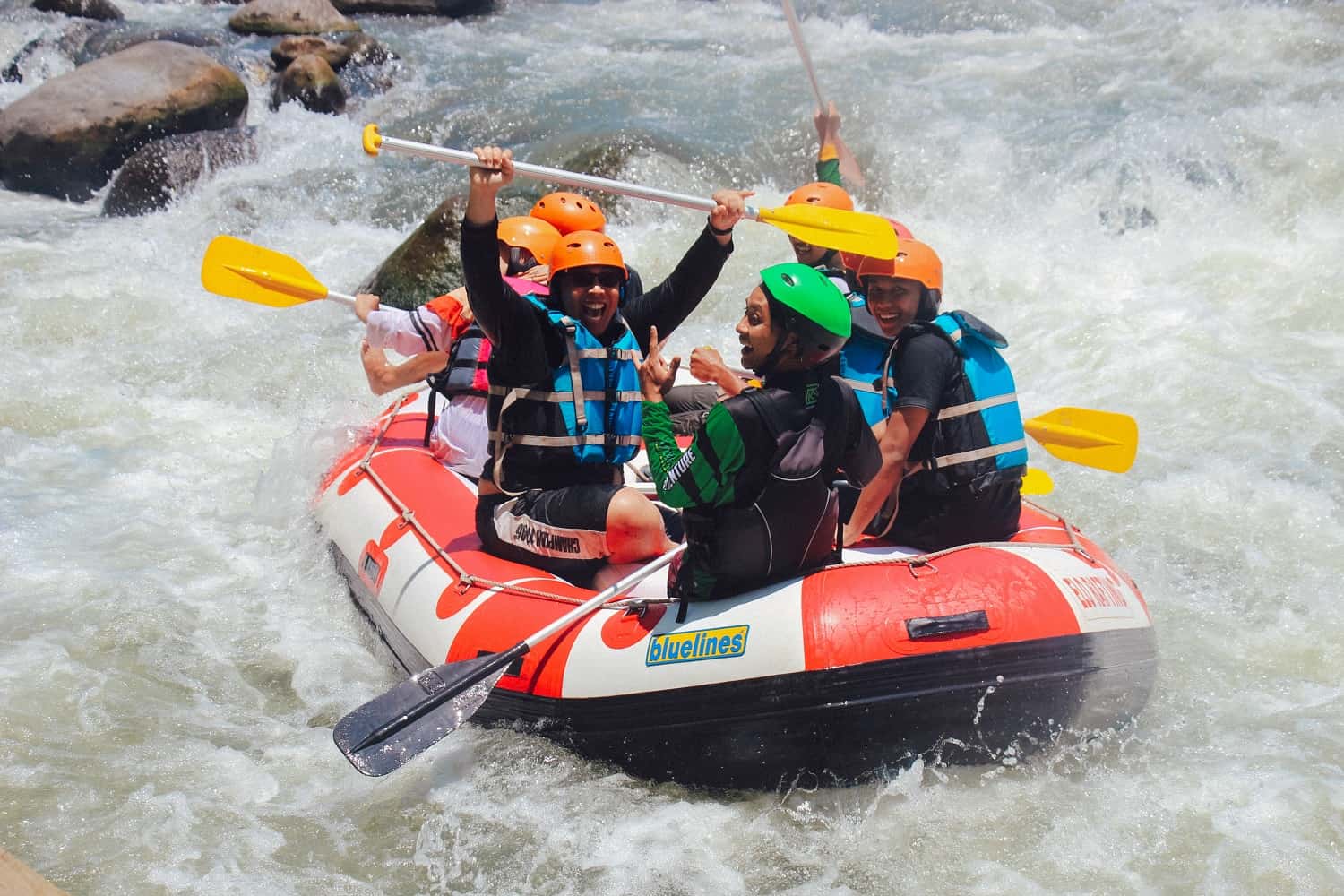 Where Can I Go White Water Rafting in Wales?